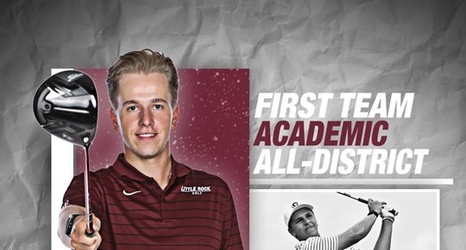 Albers, the 2022 Sun Belt Conference Golfer of the Year, closed out his record-setting 2021-22 season with a 70.97 scoring average, becoming the tops in program history and besting the previous mark of 71.41, set by Justin Warren in 2018-19. Albers closed the regular season as the number one ranked golfer in the Sun Belt, sitting number 32 in the GolfStat national rankings.

Albers closed out his senior season with 20 rounds of par-or-better in 30 rounds played, including 10 rounds in the 60s.