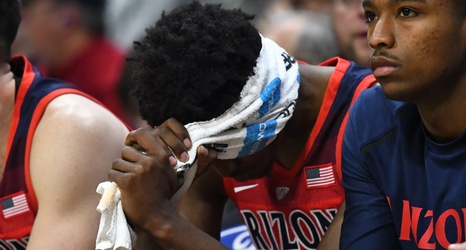 Splitting on the road in conference play is usually a positive thing. This past weekend was an example of when it’s not.

A thrilling last-second win at Oregon State on Thursday was followed by the ugliest loss in a season full of them for the Arizona Wildcats. They didn’t just lose to Oregon on Saturday, they were obliterated, the 73-47 setback snapping a three-game win streak and sapping all the good feelings that players, coaches and fans had allowed themselves to start having.

Arizona entered Saturday with a realistic chance to finish in the top four in the Pac-12 standings, thus earning a first-round bye at the conference tournament in two weeks.