What to watch for when Arizona visits Washington on Saturday 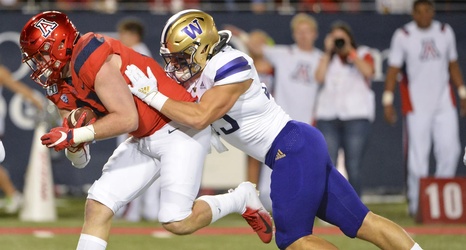 The Arizona Wildcats came heartbreakingly close to pulling off a major upset last week, ultimately losing 34-30 to USC in their long-delayed 2020 season opener. Now comes an even tougher test: playing on the road against a solid Washington Huskies team in Seattle.

This is Arizona’s first trip to Seattle since 2015, and it has not won at Husky Stadium since 2007. Washington, which is coming off a 27-21 victory over Oregon State in its opener, will be playing just its second game under new coach Jimmy Lake, who was Chris Petersen’s defensive coordinator dating back to their time at Boise State.