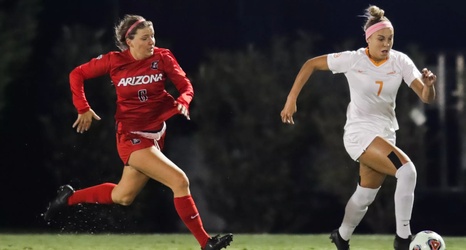 Washington State made a magical run into the College Cup this fall and, by doing so, shattered a glass ceiling for a host of Pac-12 teams, including the Arizona Wildcats.

The Cougars became the first non-California Pac-12 school—i.e. not Stanford, UCLA, USC or Cal—to reach the Final Four and the second to reach the Elite Eight. (Washington has a pair of Elite Eights but the most recent one was all the way back in 2010.)

“A lot of the time it’s all the blue-blood programs...that are typically always in the Final Four,” said UA coach Tony Amato.