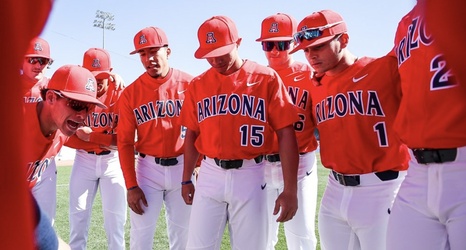 Arizona headed into its final series of the regular season with its longest errorless streak in at least 25 years. But after a sloppy game in the field, the Wildcats enter the last day before the postseason trying to avoid being swept for the first time in more than three years.

Three UA errors led to a pair of unearned runs, including one in the bottom of the eighth inning that scored the game-winning run in a 4-3 loss at Oregon on Friday afternoon. Arizona (35-20, 16-13 Pac-12) has dropped the first two games of the series in Eugene and are guaranteed to be the No.