The Bulls Dynasty: What Impact did Steve Kerr and Jud Buechler have? 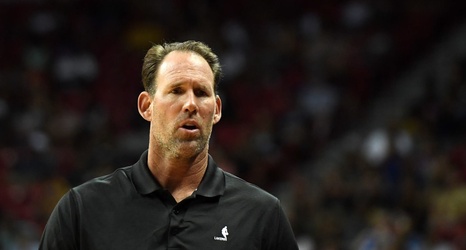 CHICAGO, UNITED STATES: Rod Strickland (C) of the Washington Bullets falls in front of Scottie Pippen (L) and Steve Kerr (R) of the Chicago Bulls 27 April during the first half of game two of their first round playoff game at the United Center in Chicago, IL. AFP PHOTO Jeff HAYNES (Photo credit should read JEFF HAYNES/AFP via Getty Images)

Analyzing how former Wildcat stars Steve Kerr and Jud Buechler helped to fuel the Chicago Bulls’ dynasty during the 1990’s.

For those that got to witness, it was an amazing site to see as Michael Jordan and the Bulls dominated the 90s.