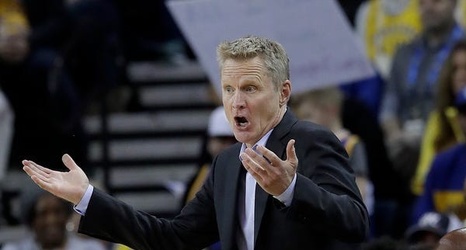 He's ramping up that criticism ahead of the 2020 election.

The former Arizona Wildcats basketball star showed his support for Joe Biden's campaign in Arizona by assisting with a virtual phone bank in Tucson in September.

He's taken his support of Biden, and his criticism of Trump to a new level in a video for the Lincoln Project urging people to vote for the candidate from the Democratic Party.

In the video, Kerr says that voting for Trump "is a vote against the very ideals upon which our country was founded.