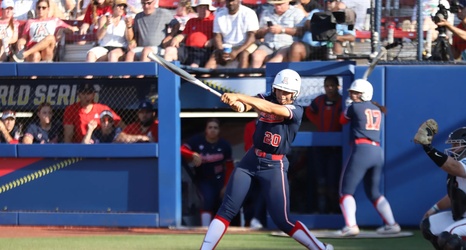 For the second straight night, Arizona pitching gave up double-digit hits to Stanford. The Cardinal made it count this time with a 10-0 win in five innings over the Wildcats one day after losing 10-6 despite getting 13 hits.

All five of Arizona’s hits came from the top five in the batting order.