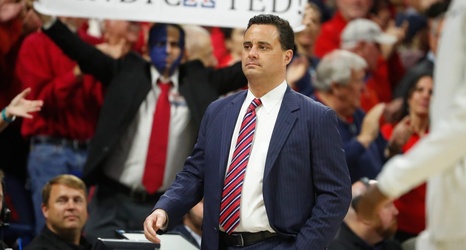 Some past and present Arizona men's basketball players, and the coach's son, didn't take Sean Miller's firing well on Wednesday, judging by their reactions on social media.

Several shared their thoughts on Twitter in the aftermath of the university's decision to fire the coach after 12 years in Tucson.

And they weren't happy with the school's choice.

Wildcat Authority's Jason Scheer tweeted that the news was met with "anger" by the team.

Miller's son, Austin, shared his thoughts on Twitter, including "I wish Athletic Director Robbins luck in finding someone to fill those shoes.