Roundtable: How important is the Territorial Cup for Kevin Sumlin’s job security? 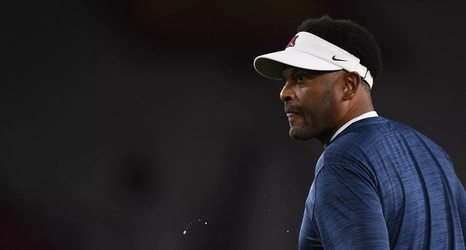 The Arizona Wildcats will either end Kevin Sumlin’s second season on a high note by beating the Arizona State Sun Devils in Tempe on Saturday, or it will end on the lowest of lows, with seven straight losses and a 4-8 season.

The Wildcats are 9-15 under Kevin Sumlin, missing a bowl game in consecutive seasons for the first time since 2007. Which begs the question, if Arizona falls to ASU on Saturday, could it be the last time Sumlin strides the UA sidelines? Or does he deserve a third season to right the ship?