Q&A: Iliana Hocking on facing her sister for the first time, being the daughter of an MLB player, and more 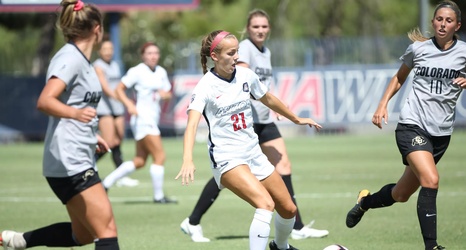 Arizona freshman Iliana Hocking has played in a countless number of soccer games, but last Thursday’s match against USC was unlike anything she’s ever experienced.

Hocking squared off against fraternal twin sister, Penelope, a Trojan, for the first time ever.

“It was pretty weird because we’ve always been on the same team together,” Iliana said. “Actually having to go against her was surreal. I never thought it would really happen.”

As outlined by the Orange Country Register, the two started playing soccer at an early age. Penelope was the first to try the sport, and Iliana, who was originally in cheerleading, quickly followed thanks to .