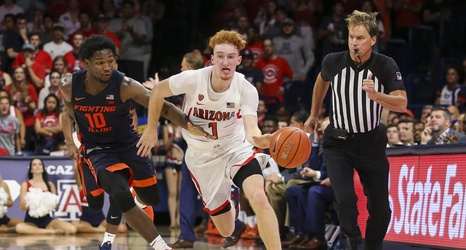 There’s something about the Arizona Wildcats and playing West Coast Conference teams led by former Pac-12 coaches at the Wooden Legacy.

Four years ago it was Santa Clara, coached by former ASU coach Herb Sendek, who gave Arizona all it had in an overtime loss. On Thursday night it was Pepperdine and former Washington coach—and ex-UA assistant—Lorenzo Romar that pushed the Wildcats to the limit.

Nico Mannion’s running layup with 2.1 seconds left gave No. 14 Arizona a 93-91 win over Pepperdine in the opening round of the Wooden Legacy in Anaheim, Calif.