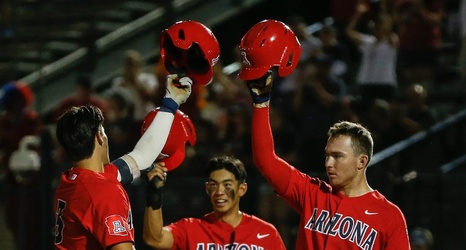 #HottyToddy is coming to Hi Corbett.

Arizona will host Ole Miss in the Super Regionals of the NCAA Baseball Tournament after the Rebels crushed Southern Miss 12-9 on Monday in the Oxford Regional. Dates and start times are still to be announced, with the best-of-3 series other beginning Friday or Saturday.

The Rebels will bring a pitching staff to Tucson that is one of the tops in the country in striking out batters.