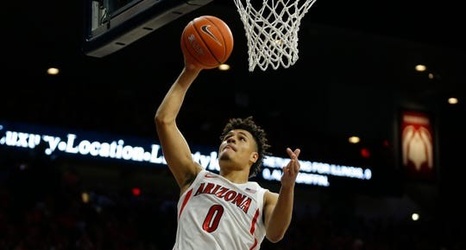 While Nico Mannion has earned a lot of accolades for his play with Arizona basketball early this season, he isn't the only Wildcats freshman to make an impression on NBA writers.

NBA pundits are raving about Josh Green's play and potential in their recent NBA mock draft projections for the 2020 NBA draft.

Green, who spent time at Mountain Ridge High in Glendale, Arizona, is projected to go as high as No. 8 in the draft, according to recent predictions.

Green, a guard, is averaging 13 points per game for Sean Miller's team in Tucson.