Milestones, marks and other season-long numbers Arizona football can achieve during Territorial Cup 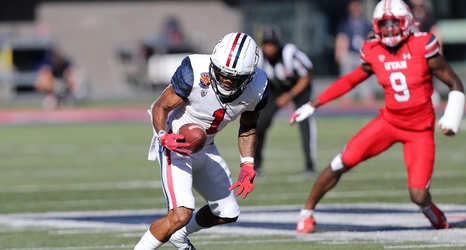 The Territorial Cup and all its accompanying bragging rights is more than enough for Arizona to play for in Saturday’s season finale, but there are plenty of other accomplishments within reach for the Wildcats and select players.

Here’s a rundown of some of the superlatives that can be established during the final game of the 2021 season:

Wide receiver Stanley Berryhill III is second in the Pac-12 in receptions, with 73, which also ranks in a tie for 16th nationally. His tally is already tied for the ninth-most by a UA player in one season, most since Cayleb Jones had 73 in 2014, and another seven against ASU will make him the sixth player in school history to reach 80 catches.