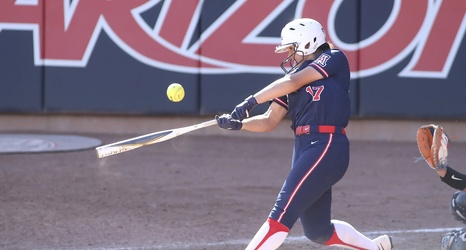 The senior hit a grand slam in the third inning and a two-run shot in the fifth to complete the run rule.

Sharlize Palacios kicked off the scoring with a two-run double in the first inning.

Reyna Carranco made her first start at second base since breaking her thumb in late February and went 1 for 2 with a walk and run. She batted second and Alyssa Palomino-Cardoza was moved down to the No.