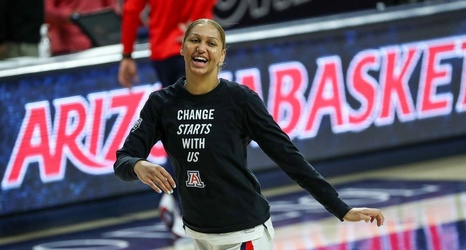 Ware averaged 6.8 points, 5.7 rebounds and one block over seven games in Hungary. At 6-foot-5, Ware outsized most of her international opponents.

Ware was one of three active or future Pac-12 players to compete for the U.