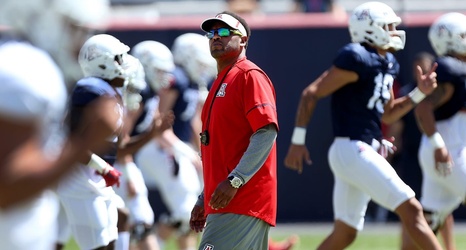 It’s no secret: This is a pivotal season for Arizona Wildcats coach Kevin Sumlin.

Sumlin enters Year 3 in Tucson in need of a turnaround. He brings a 9-15 record and a seven-game losing streak into the 2020 season, which unofficially kicks off with the start of spring practice Monday evening.

Clearly aware that the program wasn’t trending in the right direction, Sumlin made significant changes in the offseason. He hired three new defensive assistants, including veteran coordinator Paul Rhoads. With a new running backs coach, AJ Steward, also aboard, nearly half of Sumlin’s primary staff will be different this season.