Hawaii hires ex-ASU coach Todd Graham, whose first game will be at Arizona 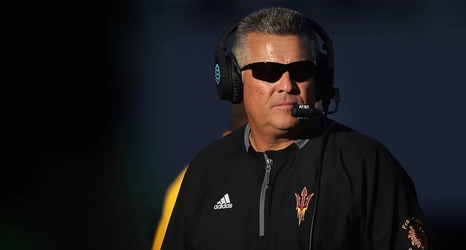 After spending a couple years away from college football, former Arizona State coach Todd Graham was hired as the new head man at Hawaii on Tuesday, replacing Nick Rolovich who departed for Washington State.

Moving from Tempe to Honolulu is quite the change of scenery, but don’t worry, Graham’s first game with the Warriors will be at a familiar venue—Arizona Stadium.

That’s right. The Arizona Wildcats will host Graham’s Hawaii team in Week 0 of the 2020 season, looking to avenge last year’s loss to the Warriors.