Former Wildcat Nico Mannion on the mend from Intestinal Virus 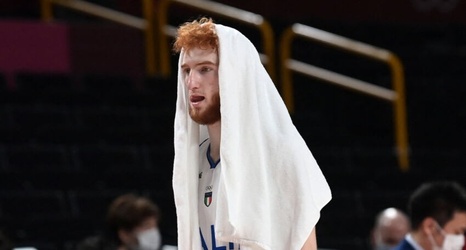 Italy's Niccolo Mannion leaves the court after their defeat in the men's quarter-final basketball match between Italy and France during the Tokyo 2020 Olympic Games at the Saitama Super Arena in Saitama on August 3, 2021. (Photo by Aris MESSINIS / AFP) (Photo by ARIS MESSINIS/AFP via Getty Images)

Following a rather successful showing at the 2020 Summer Olympics, Nico Mannion is on the mend after contracting an Intestinal Virus.

If you have been paying attention this off-season, you would have seen that Nico Mannion has been staying busy. From participating in the Summer Olympics, to signing with Virtus Bologna of the Italian Lega Basket Serie A, there has been no shortage of headlines for the former Wildcat.