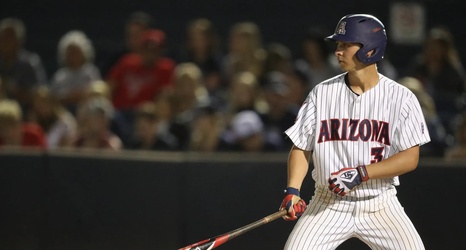 Wednesday is going to be a very U of A day in the Oakland Athletics organization.

Former Wildcat Cal Stevenson has been called up to the big leagues and will start in center field for Oakland against the Los Angeles Angels. He’ll bat ninth for the Athletics in the 1:10 p.m. PT game in his Major League debut.

The 25-year-old Stevenson was hitting .305 with three home runs and eight RBI in 16 games for Triple-A Las Vegas, where he’d been since early July when he was part of a trade between Oakland and the Tampa Bay Rays.