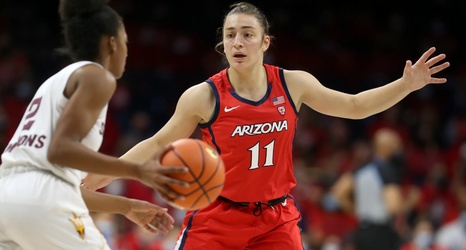 After two years at Arizona, point guard Derin Erdogan has found a new team. The Turkish guard will spend the remaining years of her college career at Northeastern, she announced today on Instagram.

Erdogan was one of eight Wildcats who put her name into the transfer portal after the end of the season. Seven of them have now found new homes, leaving only Taylor Chavez to decide where she will land for her final year in college basketball.

Erdogan played sparingly behind Aari McDonald and Shaina Pellington during her two years in Tucson, but head coach Adia Barnes said she always knew what she would get from the guard.