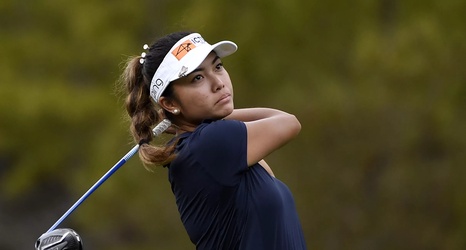 As a young golfer with dreams of playing on the LPGA Tour, Bianca Pagdanganan found role models in stars Annika Sorenstam and Lorena Ochoa.

“They were definitely the top players when I was growing up,” Pagdanganan said Sunday.

Pagdanganan followed in Sorenstam and Ochoa’s footsteps by joining the Arizona women’s golf program as an internationally recruited athlete. (Pagdanganan transferred to UA from Gonzaga after two years in Spokane).

After an illustrious college career, Pagdanganan turned pro and made her debut on the LPGA Tour this year. Though only a rookie, Pagdanganan is poised to follow Sorenstam and Ochoa’s paths once more by joining the elite rank of professional women’s golfers.