First half dooms Arizona basketball in loss to Washington Huskies 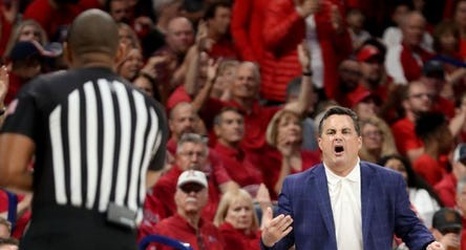 As it did during a close win in Seattle earlier this season, Arizona struggled to adjust to Washington’s zone defense Saturday but this time it took too long.

In a 69-63 loss to Washington, Arizona shot 20 percent in the first half while falling behind by 15 at halftime and never completely erased the deficit, despite a spirited Senior Day effort from guard Dylan Smith.

The Wildcats’ only four-year player, though he began his career at UNC Asheville, Smith hit 6 of 8 3-pointers in the second and finished with a team-high 19 points. Jaden McDaniels scored 20 to lead Washington.