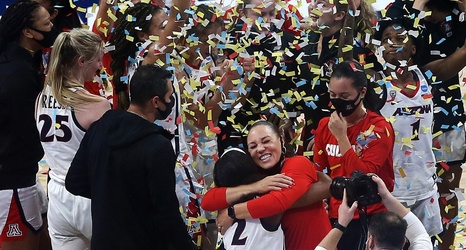 In the last two games, the Arizona Wildcats’ senior guard has played two of the three best games in program history.

Her latest: A 33-point outburst that delivered Arizona’s first Final Four appearance. She hit 12 of 20 shots — and 5 of 6 3-pointers — as the third-seeded Wildcats defeated fourth-seeded Indiana 66-53 on Monday night. The UA will take on No. 1 seed UConn Friday, with the winner advancing to the national championship game.