Ex-Cat Allonzo Trier to get a chance in G-League 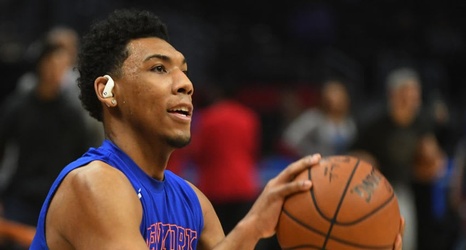 In a bit of an unusual off-season for former Wildcat Allonzo Trier, the ex-Arizona star will get another chance at reaching the NBA, as he was drafted into the G-League.

It has been a weird few months for former Arizona Basketball star Allonzo Trier. After spending two, fairly productive seasons in the NBA in New York, the always dysfunctional Knicks shockingly decided to waive the electric shooting guard a few months ago, perhaps to the dismay of fans.