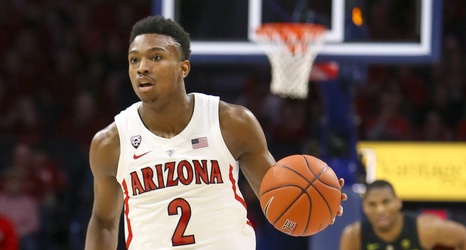 After leaving the Arizona Wildcats after two seasons, Brandon Williams is hoping to begin his pro career in the G League.

According to this tweet, which was retweeted by Williams himself, he is one of the 194 players who have entered the NBA G League Draft pool.

Kobe King (Wisconsin) and Brandon Williams (Arizona) have signed with agents and are among the 194 player NBA G League Draft pool.

The draft will be held on Monday at 11 a.