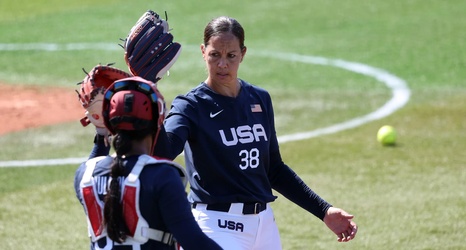 Only a month ago, Dejah Mulipola was catching for the Arizona Wildcats at the Women’s College World Series.

On Saturday, she made her Olympic debut, catching a masterful performance by the legendary Cat Osterman as Team USA held off Team Mexico 2-0 at Yokohama Stadium.

Osterman allowed one hit in six innings before another softball pitching legend, Monica Abbott, recorded the save in the seventh.

Mulipola was also key offensively, reaching base twice. She singled in the seventh and led off the third inning by drawing a walk against former ASU ace Dallas Escobedo.