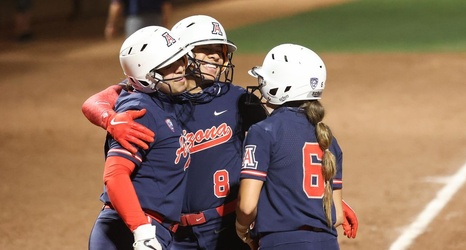 Even though Arizona fell short in the first game of Friday’s doubleheader, Dejah Mulipola’s late-inning homer served as a springboard for what was to come next.

The senior catcher drove in four runs in the second game as the No. 8 Wildcats bounced back to beat No. 2 UCLA, 5-1, at Hillenbrand Stadium. UA will go for the four-game split on Saturday at 1 p.m. MST, likely needing a win if they want a top-8 seed in the NCAA Tournament.

“Moving into the second game I think we were a little bit more confident, we trusted who we were, we were being ourselves,” Mulipola said.