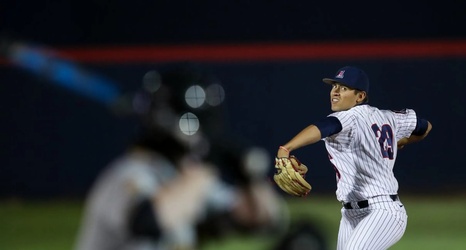 Arizona’s Friday night starter is back on track.

Chase Silseth allowed five hits over 6.1 innings, improving to 5-0 for the season (and 3-0 on Fridays) in a 5-1 win over Cal at Hi Corbett Field.

The sophomore right-hander was coming off his shortest outing of the season, a 4-inning performance last Thursday at ASU, but against a Cal lineup that trotted out seven consecutive lefty hitters at the top of the order he had some of his best stuff of the season.

In other words, his Friday stuff. Silseth’s ERA in four Friday starts is 1.