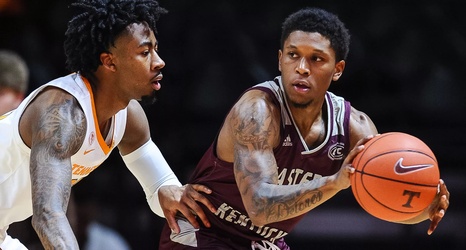 Arizona football’s season opener against BYU is a little more than seven weeks away, but oddsmakers are already putting out lines for the game.

Not surprisingly, the Wildcats are the underdogs.

DraftKings Sportsbook lists BYU as an 11-point favorite, and several other sportsbooks have released similar spreads. BetMGM and William Hill have BYU favored by 11 ½, while PointsBet has BYU favored by 12.

A points total has not been released by any sportsbook yet.

Arizona and BYU square off on ESPN on Saturday September 4 at 7:30 p.m. PST in Allegiant Stadium in Las Vegas.