Arizona’s Zeke Nnaji surprised to be named Pac-12 Freshman of the Year, but it ‘means the world’ 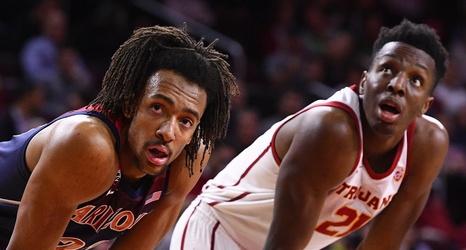 The Pac-12 Freshman of the Year race consisted of three big men with nearly identical numbers, but Arizona’s Zeke Nnaji got the nod over USC’s Onyeka Okongwu and Washington’s Isaiah Stewart—to his surprise.

“I mean, they’re both really great players and to be able to win the award over them, it’s really humbling and it means a lot,” Nnaji said Tuesday.

Nnaji said he received the news while watching film with assistant coach Danny Peters. He is the fifth Wildcat to win the award under Sean Miller, joining the likes of Deandre Ayton, Aaron Gordon, Stanley Johnson, and Derrick Williams.