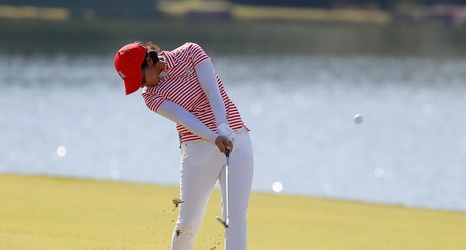 Leading up to NCAA Regionals, Arizona women’s golf coach Laura Ianello emphasized that her team needed to peak at the right time this spring.

The Wildcats did just that Wednesday, shooting a five-under par on the final round of the Stanford Regional to secure a berth at the NCAA Championship.

Arizona was under significant pressure to advance considering that the NCAA Championship is being played at Grayhawk Golf Club in Scottsdale. The Wildcats stand to benefit from being one of two in-state schools (Arizona State the other) to compete at the event, which begins May 21.