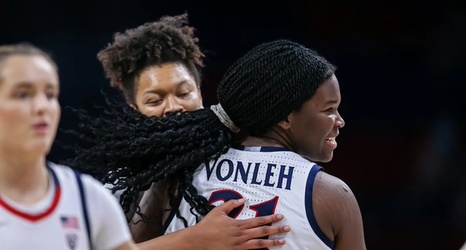 Arizona head coach Adia Barnes lamented after two close wins that she had not been able to play her bench as much as she wanted in the Paradise Jam. She finally got the opportunity on Saturday as the Wildcats dominated Rutgers in an 80-44 victory.

Arizona will return home as the champion of the Island Tournament portion of the Paradise Jam with a 3-0 record. The team defeated Vanderbilt and DePaul in two closely-contested games on Thursday and Friday.

It was no contest from the start of this one. The Wildcats held the Scarlet Knights to just eight points in the first half while putting up 46 points of their own.