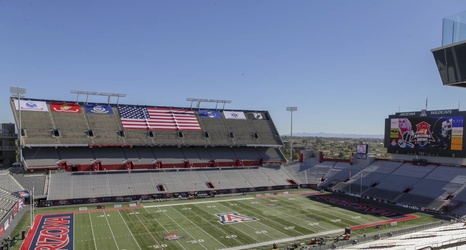 A shortened Pac-12 football season with no fans is only putting a small dent in the massive revenue shortfall the Arizona Wildcats are experiencing because of the coronavirus pandemic.

Arizona athletic director Dave Heeke made it clear in September that moves would have to be made to mitigate those losses and the school announced them Monday, saying it will eliminate 21 full-time positions in addition to 15 frozen positions that became vacant during the financial crisis.

The school says that will reduce spending by $30 million this fiscal year and beyond “as the department faces a projected overall revenue loss of $45 million or greater due to restriction of fan attendance at athletic events, a reduced football schedule, and the uncertainty of other revenue streams.