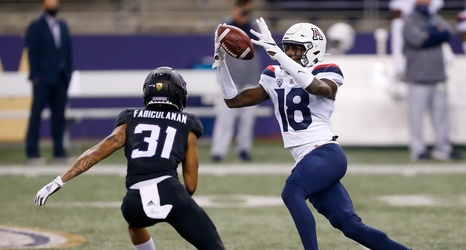 Two weeks after withdrawing from the transfer portal, Ma’jon Wright is testing the waters again. According to Rivals, the freshman wideout re-entered his name in the portal on Wednesday.

Getting Wright back in the fold was a big recruiting win for new head coach Jedd Fisch, but now it seems unlikely he will be back with the Wildcats.

That is a tough loss considering Wright was one of the few bright spots for Arizona in 2020. The former three-star recruit out of Florida was second on the team in receptions (15) and receiving yards (176).