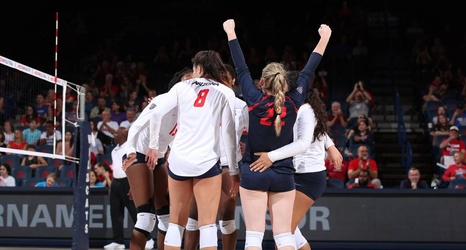 The Arizona Wildcats will head to Lincoln, Nebraska for the opening rounds of the NCAA Tournament, it was announced on Selection Sunday.

The Wildcats will face Missouri (23-7, 13-5 SEC) in the first round Friday and the winner will play Nebraska or Hofstra in the second round on Sunday.

Nebraska, the host school, is a No. 7 national seed and the defending national champions.

Arizona went 22-10 this year, including an 11-9 mark in the Pac-12. The Wildcats have won three straight heading into the postseason, as they draw closer to full strength after being ravaged by injuries all season.