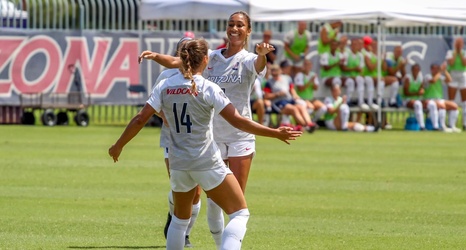 After scoring Arizona’s third goal of the day, Jada Talley walked toward the center line and clapped her hands to get her teammates’ attention.

That Arizona already had a three-goal lead less than 10 minutes into the first half didn’t matter.

“In the locker room, Tony (Amato) told us, ‘don’t take your foot off the gas,’” Talley said. “We wanted to be Team USA versus Thailand.”

The Wildcats wouldn’t score 13 goals like the USWNT, but they did tack on a fourth in the second half and cruise to a 4-0 win over UC Irvine on Sunday at Mulcahy Stadium.