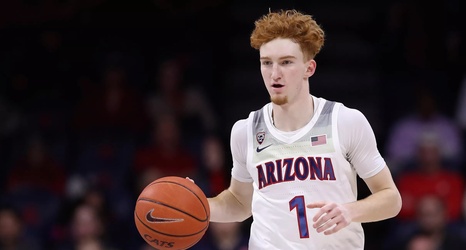 Nico Mannion had an up-and-down freshman season with the Arizona Wildcats, and it could threaten his status as a lottery pick.

Kyle Boone of CBS recently labeled the freshman point guard as a “notable faller” in the 2020 NBA Draft, now projecting him as the No. 26 overall pick after previously having him No. 13.

Mannion really struggled for much of the final six weeks of the season from an efficiency standpoint. And despite the undeniable burden he carried as Arizona’s initiator on offense, there’s some real red flags.