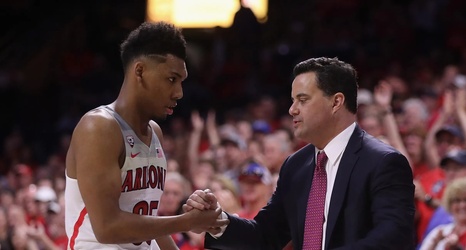 The University of Arizona announced it had parted ways with men’s basketball coach Sean Miller Wednesday morning, setting off a storm of reactions across social media.

Unsurprisingly, many of Miller’s former and current players were disappointed with the decision, while members of college basketball media took a different approach.

Here is a look at the instant reactions to Miller’s dismissal.

Parker Jackson-Cartwright, Dusan Ristic and Allonzo Trier were among Miller’s former players to express their grievance with the decision.