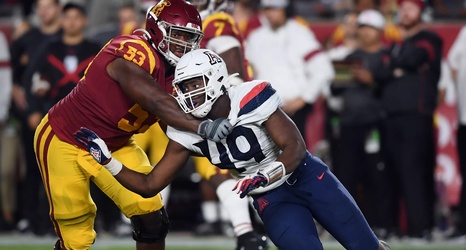 There are a lot of things about the upcoming football season that Jalen Harris is looking forward to, but it’s pretty clear which game on the Arizona Wildcats’ schedule stands out to him.

That would be the Dec. 5 visit from Colorado, when the redshirt junior linebacker would have the opportunity to face off against little brother Jason Harris, a freshman LB for the Buffaloes.

The older Harris figures to be a must-see player this season as he takes on a much bigger role with Arizona’s defense, both literally and figuratively.