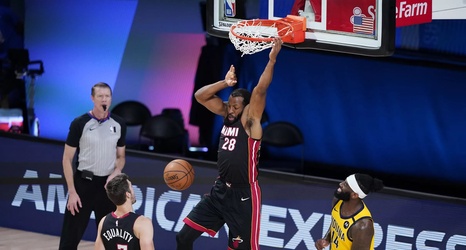 (Editor’s note: With Pac-12 sports gone until January, we will be recapping every NBA playoff game that includes a former Arizona Wildcat, along with some social media reaction.)

Six former Arizona Wildcats have made the 2020 NBA Playoffs, and three of them are part of the first-round series between the Indiana Pacers and Miami Heat that began Tuesday. With one on each team, this series guarantees that at least one ex-UA star will make it to the Eastern Conference semifinals.

The early edge goes to Solomon Hill and Andre Iguodala, whose Heat pulled away in the fourth quarter to beat the Pacers and T.