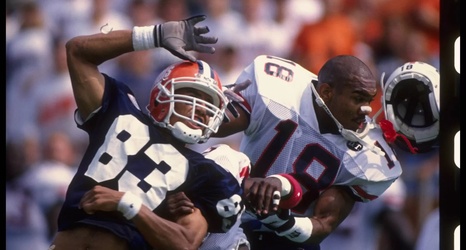 Jedd Fisch hinted on Twitter last week that Brandon Sanders was going to be joining Arizona’s staff, and Thursday the move became official, as the former Desert Swarm safety was named the new coordinator of football alumni and high school relations.

Per the UA press release, Sanders will “be a pivotal part of Arizona Football’s outreach, alumni and community relations and operations. He will also work closely with the athletic department’s “A-Club” for Letterwinners while supporting the program’s on-campus recruiting activities and player development initiatives.”

That seems like a perfect role for Sanders, who is an alumnus and has been a high school coach in the Tucson area for several years, most recently at Pueblo High where he had five winning seasons in six years.