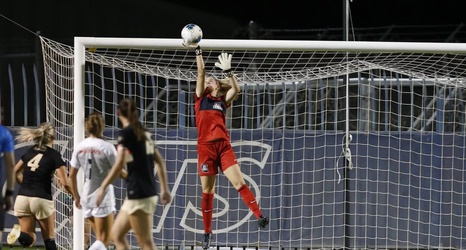 Arizona soccer appears to be in good hands for the next three seasons.

UA goalkeeper Hope Hisey finished the 2019 season in TopDrawerSoccer’s Freshman Top 100, checking in at No. 85 overall. Seven other goalkeepers made the cut.

Hisey started in 16 of 20 games as a freshman and recorded 64 saves, seven clean sheets, and a 1.64 goals-against average. Her best outing came at Washington State when she made four acrobatic saves in a 1-0 road win over the Cougars, who wound up making a surprise run to the Final Four.