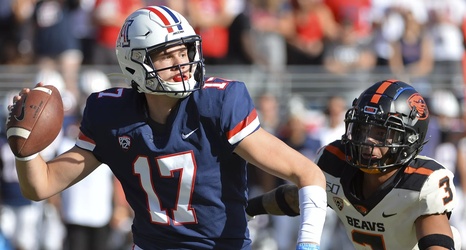 From an overall standpoint, the 2019 season was not one to be very happy about. The Arizona Wildcats lost their final seven games, failing to make a bowl game for the second consecutive season after choosing to fire a coach who had taken five of his six teams to the postseason.

But this isn’t the time to debate whether Arizona was wise to make a coaching change two years ago—or whether it should have done so again this offseason—but rather an opportunity to break down and analyze what happened in the fall. After all, there’s plenty of time to kill without a bowl game to be looking forward to.