Arizona drops from most bowl projections after Stanford loss 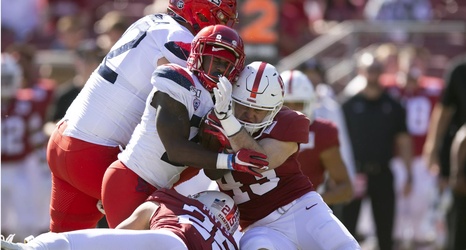 It was only a few weeks ago that a 4-1 Arizona Wildcats team was in seven out of eight major bowl projections. Add three straight losses and a tough finishing schedule, and now the Wildcats are down to two of eight.

Here are bowl projections from the country’s experts after Week 9:

Having only two of eight experts projecting Arizona to make a bowl is disconcerting, but it’s made worse by the fact that both bowl slots would only be open if the SEC didn’t fill all of its bowl slots.