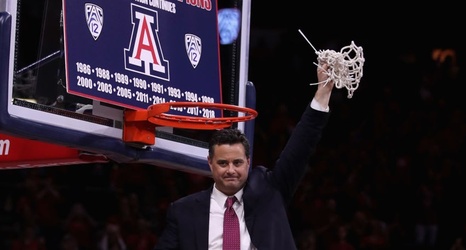 TUCSON, AZ - MARCH 03: Head coach Sean Miller of the Arizona Wildcats cuts down the nets after defeating the California Golden Bears 66-54 to win the PAC-12 Championship at McKale Center on March 3, 2018 in Tucson, Arizona. (Photo by Christian Petersen/Getty Images)

As the Arizona Basketball program officially moves on from the Sean Miller era after 12 rather successful seasons, replacing him will not be an easy task.

It has been a whirlwind of events and emotions the past 72 hours for Arizona Basketball as the program decided to move on from the Sean Miller.