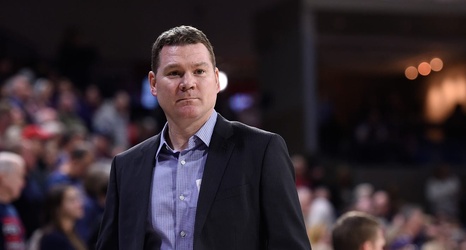 The Arizona basketball coaching search continues, but speculation is heating up toward Gonzaga assistant Tommy Lloyd potentially being the choice to replace Sean Miller as the coach of the Wildcats.

Spokesman.com's Jim Meehan wrote Sunday that Lloyd was the "frontrunner" to take over for Miller, who was fired last week after 12 seasons in Tucson.

Lloyd, 46, is known for his international recruiting and is considered one of the best assistant coaches in college basketball.

Meehan wrote of Lloyd and Arizona:

"Lloyd’s name has been prominent in the search since Arizona fired 12-year head coach Sean Miller on Wednesday.