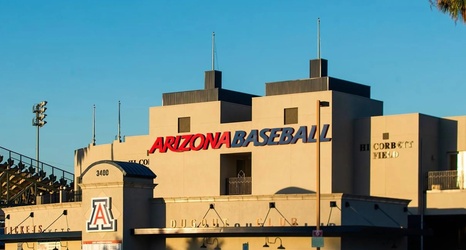 The Arizona Wildcats are one of 20 programs that are in contention to host regional and Super Regional games in next month’s NCAA Baseball Tournament, it was announced Friday.

However, only 16 of those sites will be used for the postseason, with the final announcement of who will be hosting coming on May 30.

“We deserve to be on the list,” UA coach Jay Johnson said Wednesday. “With that being said, there’s so much baseball left to play. We have to earn that. The season is not over.”

Arizona, which is tied for first in the Pac-12 heading into a weekend home series with Washington, has not made the NCAA tourney since 2017 and last hosted in 2012.