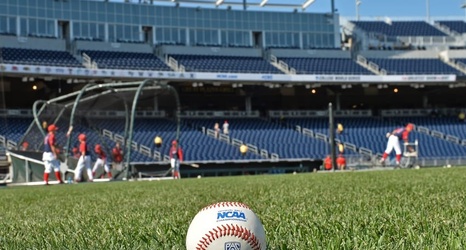 Omaha, NE - JUNE 28: A general view of an NCAA baseball on the field prior to game two of the College World Series Championship Series between the Arizona Wildcats and the Coastal Carolina Chanticleers on June 28, 2016 at TD Ameritrade Park in Omaha, Nebraska. (Photo by Peter Aiken/Getty Images)

With the 2020 Arizona Baseball season officially over, awards are being doled out, and Austin Wells has been named an All-American by Collegiate Baseball.

The 2020 Arizona Baseball season came to an unceremonious end, but nonetheless we got to move on to 2021. And luckily for us fans, current sophomore and baseball star Austin Wells will be a part of the team next year.